No to the torture of Palestinian children! 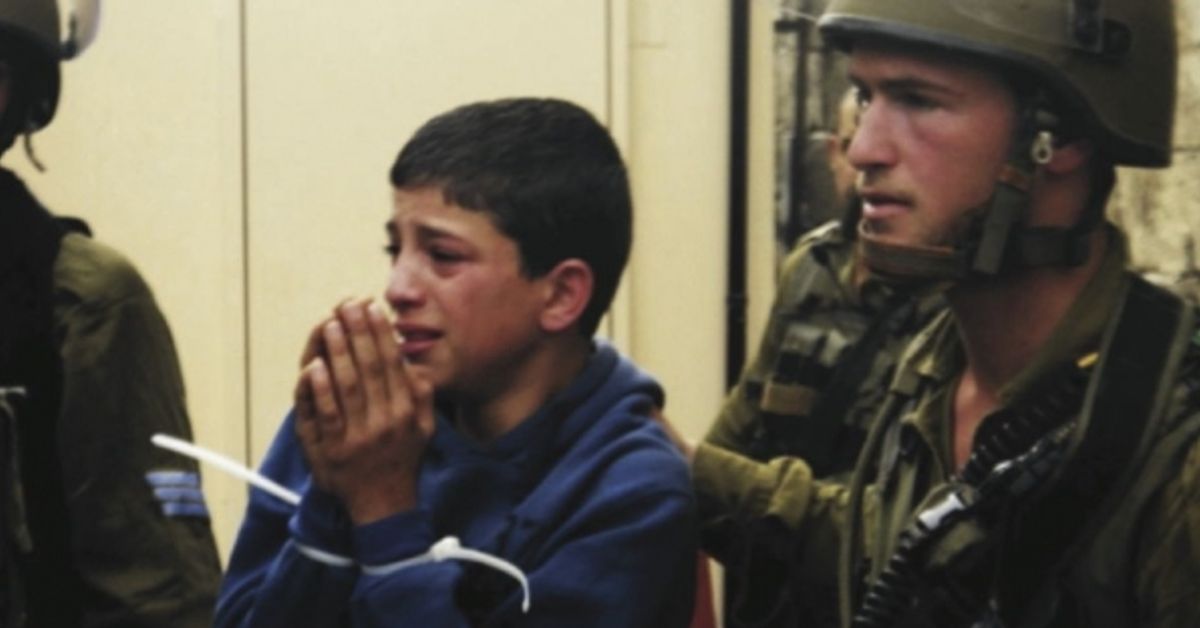 Every day the Israeli Occupation Forces arrest Palestinian children in their homes, mostly in the middle of the night and take them away handcuffed and blindfolded to interrogation centres where they are subjected to physical and psychological tortures: bound hand and foot in uncomfortable positions, deprived of sleep, at times hit, threatened with sexual assault and reprisals against their families. They are generally asked to admit that they have thrown stones at tanks or bulldozers demolishing their houses, to denounce other children, to become ‘informers’ and to sign documents written in Hebrew, a language which they do not understand.

These acts have been reported by many Palestinian, Israeli and international organisations defending human rights and children’s rights, such as UNICEF, Defence Children International, B’Tselem, Save the Children, ACAT and the British Foreign Office, in a report entitled ‘Children in Military Detention’.

They point out that such Palestinian children have no access to their parents or lawyers for weeks, they are sometimes taken to Israeli military courts and jailed at the age of 12, in Israeli prisons, totally illegally. (The Geneva Conventions forbid any occupier to transfer the whole occupied population or part of it to the territory of the occupying power).

That does not include the daylight robbery often practised by the Israeli occupier, when the families of the kidnapped children are made to pay ‘fines’ in order to get them back.

Nevertheless, the French government which must be fully aware of these acts, regularly welcomes to France the people responsible for these tortures, thus flouting the International Convention on Children's Rights (1989)  and the International Convention on Torture (New York Convention, 1984), signed by France and compelling this country to trace and prosecute any person suspected of having committed acts of physical or psychological torture, or ordered them, or knowingly allowed them to be committed.

Now these tortures inflicted on adults and children are public knowledge in Israel, and the whole military and political chain of command does allow or recommend these practices.

Therefore, we call on the French government to respect international law and to stop welcoming to France anyone responsible for these tortures.

Furthermore, we are asking all the important NGOs defending Human Rights and Children’s Rights to take concrete action and lodge complaints with French courts on behalf of the victims of these tortures, or of their families, as soon as they are informed of such cases.

As Amnesty International writes: “If you are revolted by torture, arbitrary detention, poverty, the death penalty, injustice, forced expulsions, impunity… transform your indignation into action!