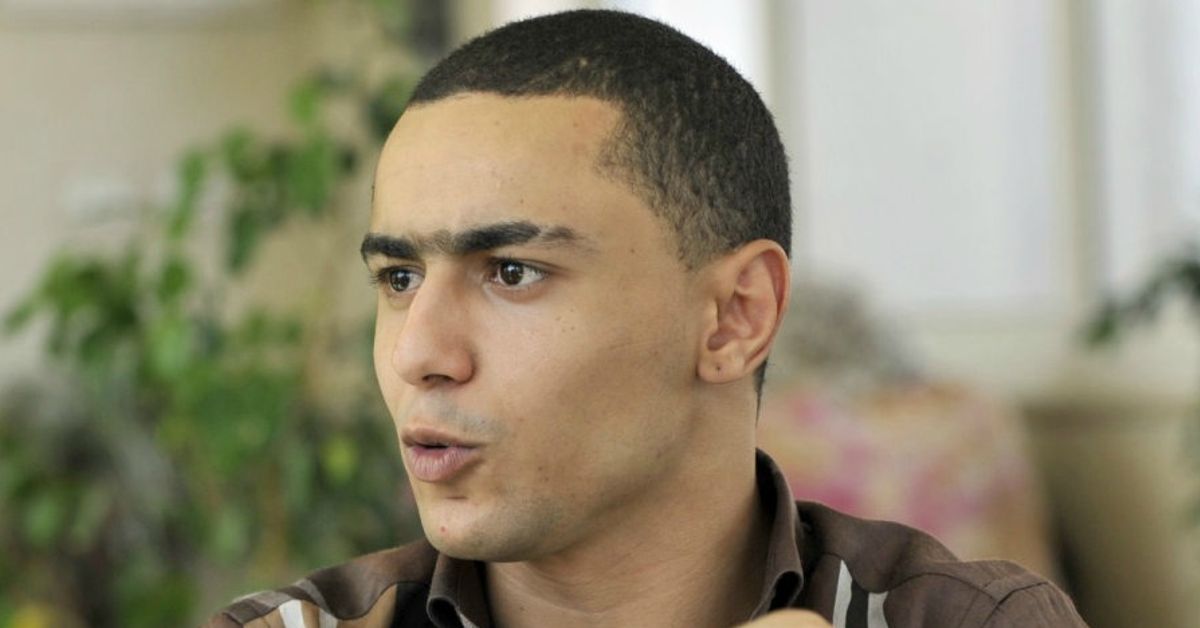 He has already been jailed once for his lyrics, which speak out against government and police corruption. After an ambitious campaign led by his supporters around the world, he was released from prison only to be arrested again for his music. In two days, he will be on trial and risks going back to prison for performing his music.

This case began on June 13, 2013 when the court of Ben Arous sentenced Weld el 15 to two years in prison for his song “Boulicia Kleb,” in which he denounces police brutality and an unfair judicial system.  In response, there was a mass mobilization of Tunisian civil society and international media pressure that led to suspension of his sentence during his appeal hearing on July 2nd.

Since his release, Weld el 15 has been living under the constant threat of violence—in an open-air prison. Throughout the summer, he has been the victim of almost daily police intimidation and judicial harassment.  Some police officers have threatened to kill him on social networks. And others have appeared in civilian clothes at his home and frightened his family.

On August 11, while sitting on the terrace of a restaurant in Sousse with his girlfriend, Weld el 15 was recognized by the police who immediately approached him. They proceeded to insult him, push him and then dragged him away to another location where they beat him.

On August 22, Weld el 15 held his only performance for the summer at the Hammamet Festival. At the end of the concert, thirty hooded policemen busted into his dressing room and arrested him and fellow rapper Klay BBJ. The police beat them so severely that they were rushed to the hospital emergency room.

One week later, Ghazi Mirabet, the rappers’ attorney learned through the press that the court of Hammamet tried to Weld el 15 and Klay BBJ in absentia and sentenced them to one year and nine months in prison. The trial was held and sentences declared without informing the artists or their lawyer so they could present their defense.

Today, the Tunisian government imprisons its artists simply for performing a concert. And the youth of Tunisia knows that there is no longer a Tunisian justice system, at most it is only capable of producing a semblance of one in service to the power of the police, heirs to the system of Ben Ali.

While listening to the President of Tunisian speak at the European Parliament, one would believe that Tunisia had a revolution! There is the promise of the rule of law for the Mediterranean on the north Coast. But on the south coast in Tunis, there is state violence and the police continue to torture ordinary citizens just as they did during the reign of Ben Ali.

Since August 29th, Weld el 15 has been on the run. He refused to turn himself into an unbiased and arbitrary justice system. But after three months, living in refuge has become untenable. He does not want to continue living away from his family, his music scene, and hidden from the world. He no longer wants to be plagued by a constant fear of being arrested at any time. So, he asked his lawyer to appeal the judgment made against him on August 29th.

The trial date is set for Thursday, December 5, 2013. On December 5, the fate of a young 25 five-year old artist will be at stake. If sentenced to prison, he will once again suffer from the violence and abuse of his jailers, which may even lead to his death.

Must one die for a song?

Since the song  Boulicia Kleb (The Police are Dogs) was released on youtube, Weld el 15 has become an icon, a voice of the revolution. In a few weeks, the clip received over on million views on the internet (and has 3.5 million views to date). In this clip, he tells a story of a young guy who is arrested for having some marijuana. The police beat him and throw him in jail  (in 2012, he spent nine months in prison for having a joint).

The story launches a debate on police violence and challenges the police, who remain one of the most powerful forces in the country despite the fall of the former dictator; the police have yet to be reformed. Weld el 15 described a reality that has touched the millions of young people. It is for this reason the police are seeking vengeance through social networks and finding every opportunity to bring Weld El 15 down. They are trying to make an example of him. They have the power to influence the verdict of the judges.

Do not let them proceed. It is our collective duty to be concerned about his fate and to intervene on his behalf by alerting the public and the European media so that the Tunisian judge knows he is being watched and does not act with impunity. In support of this effort, Dominique Tricaud, the French lawyer who defended other artists such as La Rumeur et Ministère amer in France, will go to Tunis on Wednesday to participate in the defense of Weld el 15.

This petition (http:// freeweldel15.wesign.it/fr) that we initiated this summer reflects the widespread support for the artist in Europe and Tunisia.

As a recipient of the Nobel Peace Prize, along with its history and its mission to uphold the ideals of democracy, the European Union will be vigilant in its call to support the life of the artist Weld El 15, a call that may determine the fate of all the youth of Tunisia.