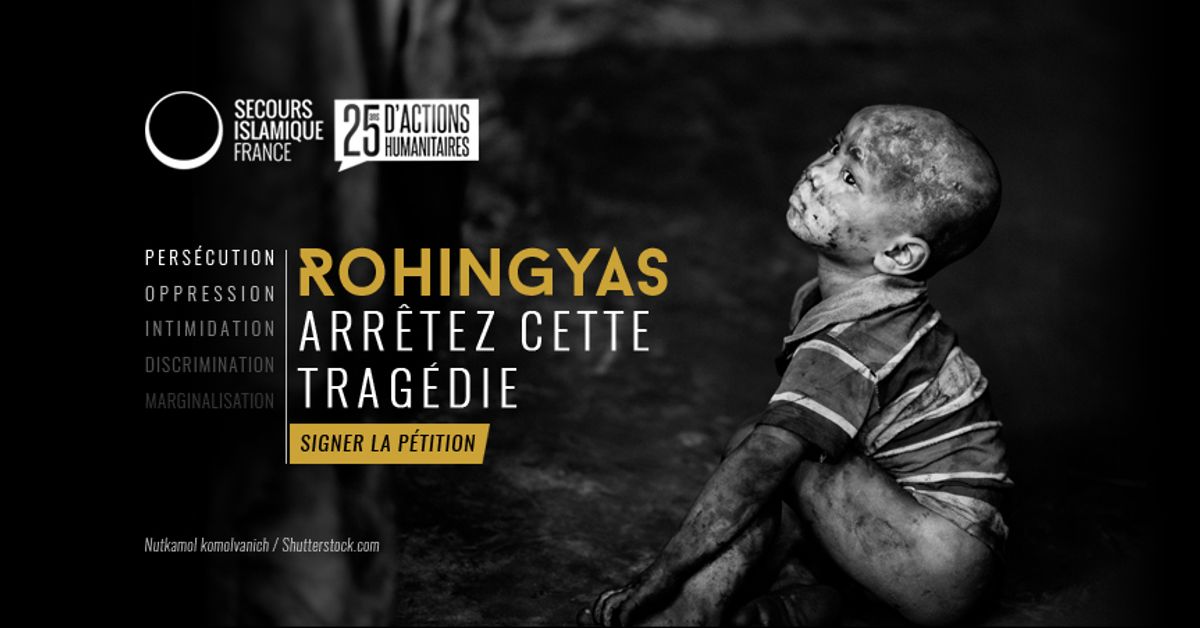 Persecutions, threats, violence ... The list of human rights violations against the Rohingyas in Myanmar seems endless. And it keeps getting longer and longer.

Since the end of August, further outbreaks of violence have led to the exodus of hundreds of thousands of Rohingyas civilians who seek refuge in Bangladesh. Stuck at the borders, scattered in unsanitary camps, they are trying to escape one hell for another. According to the UNICEF, nearly 90% of these new refugees are women, children and the elderly.

The UN condemns this "ethnic cleansing" and is already deploring the victims amongst those who are trying to escape. Unfortunately, this count is likely to increase, stuck inbetween the violence they are trying to escape and the extreme precariousness that awaits them : the Rohingyas are now trapped.

We are determined to lead an emergency mission in the areas concerned, despite blockages at all levels.

Humanitarian organizations must be able to help without restriction these children, women and men who are simply trying to survive and seek refuge, within the frame of human rights.

There is urgency, a response from the international community is needed, as stated by Nobel Peace Prize Malala Yousafzai: "The world is waiting and the Rohingya Muslims are waiting".

We must act and mobilize ourselves to make the voice of the Rohingyas heard and to ask the international community for a solution to their tragic fate.