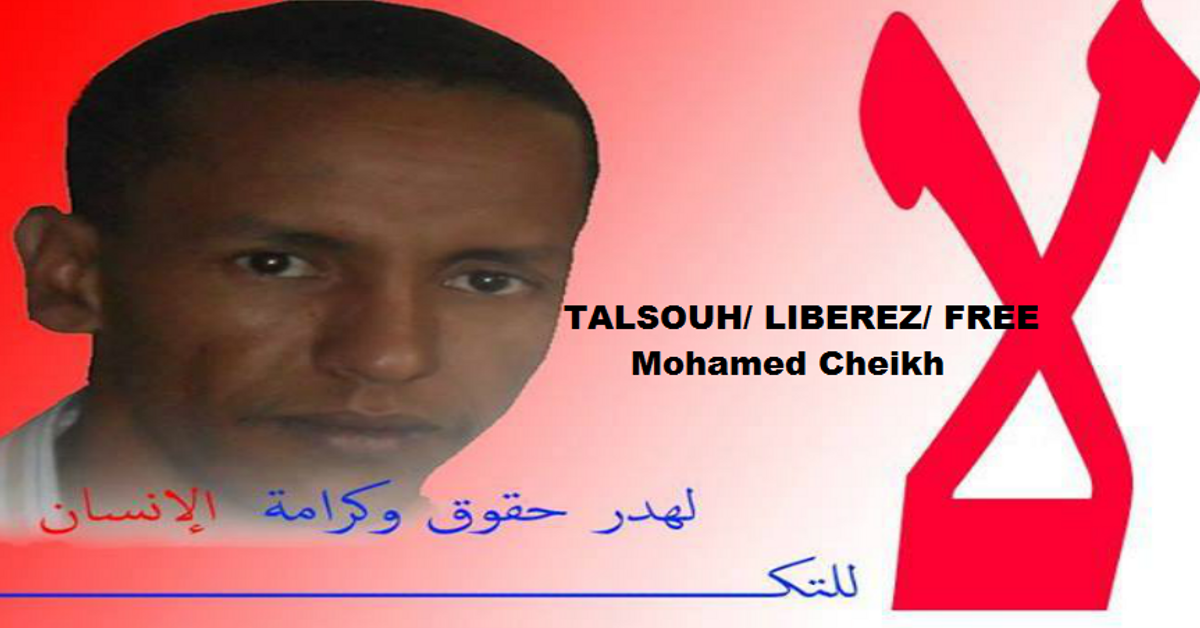 We, African youth and defenders of freedom and human dignity, with the support of human rightsliberty and freedom defenders, have learned with great sorrow that the death penalty has been imposed on Mohamed Ould Cheikh Mohamed Mkhaitir who was accused of apostasy despite his multiple recantations of the statements in question.
This heavy sentence was imposed based on assertions that Mohamed Ould Cheikh Mohamed Mkhaitir “spoke lightly of the Prophet (PBUH)” in an article published on Mauritanian websites on December 30, 2013. In the article, entitled “Religion, Religiosity, and the Blacksmiths”, Mr. Mkhaitir demonstrated how the “Zawayas”, or marabouts, manipulated historical facts cited by Muslim scholars to justify their dominance over the “blacksmiths”, of which he is a member. He accused Mauritanian society of perpetuating this “iniquitous socially inherited” cultural order into the present.
Mohamed Ould Cheikh Mohamed Mkhaitir publicly clarified his statements in an article published on December 31, 2013. He wrote, “To all those who have deliberately misunderstood my point, you know that I have not blasphemed against the Prophet (peace and salvation be upon him), and I never will. I certainly understand your readiness to defend the prophet because I too share this propensity to love and defend him. I assure you that we are all equal in our desire to defend all that is sacred to us.” One can still find his statement of clarification in some sites, such as on his Facebook page, which shows the date of publication is authentic.
The crime of apostasy is defined in section IV (entitled Act of Indecency toward Islam) of the Mauritanian Penal Code, established under the order of July 9, 1983. Article 306, paragraph 1 of the criminal code indicates, “Every Muslim guilty of the crime of apostasy, either by word or by action of apparent or obvious, will be invited to repent within three days.”
Despite the lack of clear parameters for what constitutes apostasy, and the absence of any precise or uniform decision in religious texts, one can agree that in its broadest sense, apostasy is the attitude of an individual who clearly and publicly renounces a religion or doctrine. It is easy to note the significant difference between the words “light” and a public act of renouncing the religion.
If one applies a strict interpretation of the criminal law, one cannot be accused of apostasy for speaking “light of the Prophet (PBUH)”. Thus, if the accusation that he had spoken “light of the Prophet (PBUH)” is upheld, then the punishment should be appropriate for the offending act, which in this case shows that the charge of apostasy is legally disproportionate according to the terms of Mauritanian law. The criminal court cannot present broad interpretations of the law to support a judgment against the accused. However, this was not the case in the verdict of the Mkhaitir case.
The lawyers who volunteered to support this case were subjected to severe pressure from society and from extremist religious organizations. The two court-appointed lawyers for the defense insisted on the validity of Mr. Mkhaitir’s statement of repentance. The accused reaffirmed his repentance by publicly stating in court, “If one does not understand from my text that I am not guilty, then I completely deny my guilt and openly repent.” He also reiterated this statement before the judges at the trial, but to no effect. Despite the accused persistent denial of guilt, the right-thinking judges proceeded with the sentencing and sacrificing him as an example of what happens to those who resist the discrimination imposed on the blacksmith caste.
In this case, the partiality of the judges is blatantly obvious. Mkhaitir’s act of repentance was not accepted as a means to absolve him of the charges, nor did it have any impact on the trial. Thus, the principle that the accused have a right to a fair trial was violated in this court of Mauritanian justice. The investigation in this case was not made in the interest of the accused; rather it was conducted under political and religious pressure. There was a clear violation of the rights of the defendant, the absence of due process, and biased the investigation of charges, and the failure to legally classify the offense according to the facts of the case.

As such, please:
-Proceed with the immediate and unconditional release of Mohamed Ould Cheikh Mohamed Mkhaitir.
-Guarantee him protection from all acts of torture and ill treatment.
Sincerely Yours, your Excellency