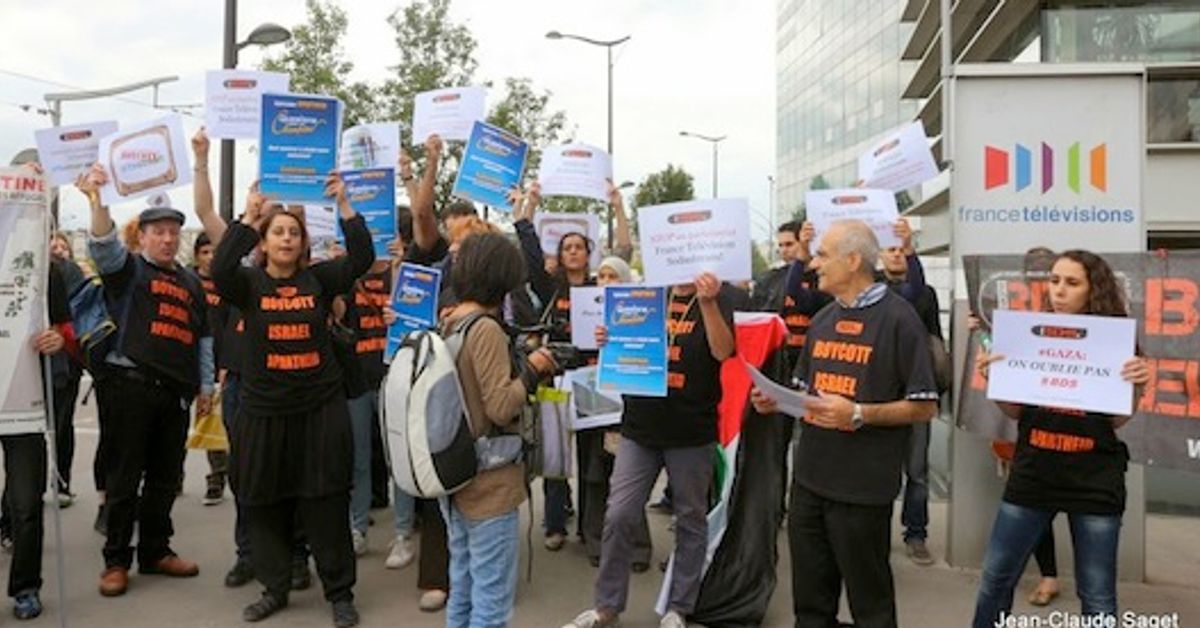 The France 2 and France 3 television channels give out Sodastream products as prizes to contestants in game shows such as “Questions pour un champion”, “Slam” and “Motus”.

But Sodastream is an Israeli company implanted in the Ma'ale Adumim colony in occupied Palestine, in violation of international law.

Through this petition we are asking France Télévisions, the national public broadcaster, to cease its partnership with Sodastream.

Sodastream's activities go against many international instruments to which France has formally adhered: numerous resolutions of the United Nations Security Council and the UN General Assembly condemning the colonisation of the Palestinian territories; the Fourth Geneva Convention prohibiting the establishment of colonial settlements; the 9 July 2004 ruling by the International Court of Justice; the European Union directive of 19 July 2013 which excludes from EU-Israel cooperation any Israeli institutions and companies that carry out activities in the colonies; as well as the statement published on 24 June 2014 by the French Ministry of Foreign Affairs warning companies of the legal risks attached to economic activities or investment in the colonies.

Sodastream's activities violate the Palestinian people's right to determine their own future: exploitation of the Palestinian workforce, confiscation of Palestinian land in order to develop the factory's operations in Ma'ale Adumin, whose location is designed to prevent the territorial continuity of the West Bank, the payment by Sodastream of local taxes which serve solely to benefit the continuance of colonial policies, etc.

The executive director of Sodastream recently announced that the factory in the West Bank would close in 2015 and its operations would be relocated to a factory under construction in the heart of the Negev in southern Israel. This relocation, on to lands stolen from the region's Bedouin people, is just as reprehensible and violates the internationally recognised rights of native populations.

Sodastream's activities continue to be widely condemned, both nationally and internationally. OXFAM, the NGO famous around the world for its impartial humanitarian work, recently terminated its partnership with the American actress Scarlett Johansson because she had accepted to represent Sodastream.

We ask France Télévisions, a public service largely financed by the French state, to comply with the legal obligations binding on the French state, to respect its own charter of ethics and to refuse the sponsorship of companies involved in gross violations of international law.