Free The Internet From Denial ! 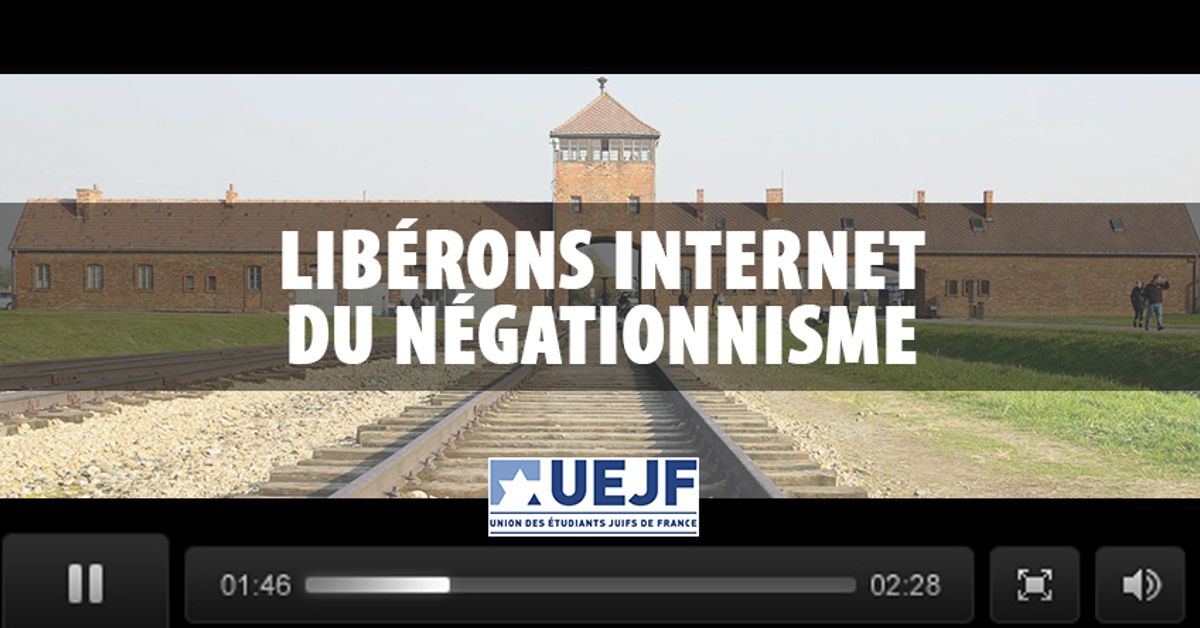 Free the Internet from denial !

Today, whoever looks up information on the Holocaust through the main online sharing platforms inevitably comes upon speeches that attempt to prove that the Holocaust did not happen. When one does a quick search, several videos that are amongst the first results use pseudo-scientific arguments to demonstrate that the extermination of Jews and Roma people in Europe did not occur as it is laid down in the history books.

Prior to today’s denialist culture, the Nazis tried to erase every shred of proof in order to cover up their crime. In many countries, Holocaust denial is illegal, and it is condemned without reservation within the United Nations since 2007.

Whilst the Internet has become the primary source of information for new generations, the spread of Holocaust denial contributes to trivializing racism, anti-Semitism, increases indifference and provokes violent outbursts.

Social networks facilitators have provided their websites with the means to ban the plague of child pornography, and to forbid incitation to hatred.

Today, we demand that the social networks assume their responsibilities, and ban Holocaust denial within their terms of use.

We the Holocaust survivors, refuse to allow that on the 70th anniversary of our liberation from the camp of Auschwitz-Birkenau, the tools of modernity be left in the hands of those who want to destroy our world of values.

We the students, the last generation who are able to meet with survivors, refuse to allow the social networks that we use on a daily basis to be brimming with content and videos of Holocaust denial.

We the leaders of organizations committed against racism and anti-Semitism, refuse to abandon the freedoms we fight for to those who misuse them as an alibi for hatred.

We, citizens, refuse for the Internet to grant legitimacy to violence and manipulation.

The historical truth requires every responsible citizen to acknowledge and uphold it. It is high time that all people of good will, from all nations, regardless of whether they are simple users, architects or investors of the Internet, commit to the defence of truth. If it is the case that the Internet is our shared good, it relies on every one of us for truth to triumph over lies.

Raphael Esraïl, President of the Union of former Inmates from Auschwitz

Sacha Reingewirtz, President of the Union of French Jewish Students

Benjamin Orenstein, President of the Association of the former Inmates from Auschwitz from the Rhone

Marcel Kabanda, president of Ibuka-France (for the memory of the Tutsi genocide in Rwanda)