European Petition for a German Exit 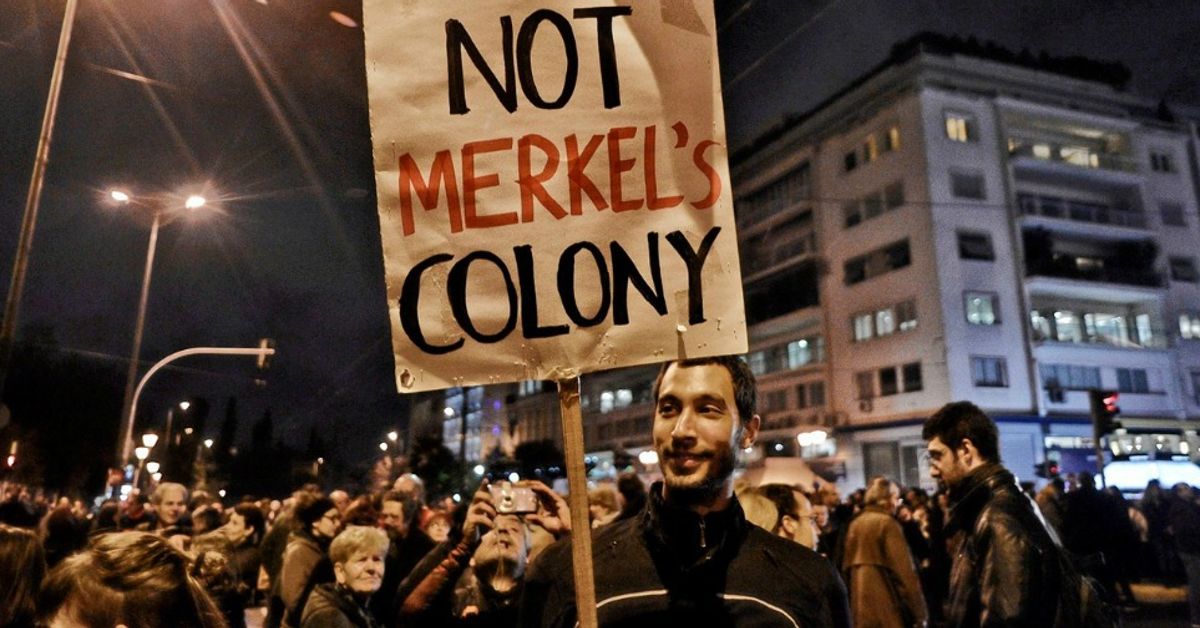 Four months of negotiations for nothing:

On Saturday, July 11, 2015, the Germans and their allies worked on the sidelines to do everything possible to completely sabotage the efforts of the Greeks before the upcoming EU Summit. They attacked the Greek proposals as if the Greeks had not made any effort and had no right to an opinion of their own; all the while Wolfgang Schäuble argued that they must trust the institutions.

Despite the positive response from key stakeholders to keep Greece in the eurozone, such as the IMF, and also Donald Tusk (President of the European Council), Jeroen Dijsselbloem (Eurogroup Patron), Mario Draghi (ECB governor) and the majority of governments, the German Minister Wolfgang Schäuble continued to press for a Grexit.

“Enough is enough!...Germany must stop blocking negotiations with Greece,”” declared Matteo Renzi, President of the Italian Council, outraged at the actions of German Chancellor, Angela Merkl. Ignoring the advice of countless economic and political experts, the German Finance Minister, Wolfgang Schäuble continues to oppose a restructuring of Greek debt, which has been determined to be crucial by all European Institutions. Recall the fact that Germany greatly benefitted from the European value of solidarity after World War II when the countries of Europe helped it recover and grow. The future of Europe cannot be built upon these foundations. German’s irresponsibility in dealing with the Greek case may shatter the European project.

Humiliation as a weapon

On Sunday, July 12, 2015, under intense pressure from the Germans, the Eurogroup has insisted on the return of the “institutions” (the troika formed by the IMF, EU, and ECB) to Athens. The return of the troika entails the surrender of Greek sovereignty in certain areas to facilitate the “institutions” in monitoring the inspection and implementation of reforms, which is essentially the governing Greece. “The government must consult and obtain the agreement of the institutions on any bill in some important cases (…) before submitting it to public consultation or Parliament.” Greece will not become a small German colony!

We Europeans of all generations call for a halt of the march toward catastrophe. The future of 500 million Europeans cannot be taken hostage by the dangerous dogmas of a German government that wants to humiliate the Greek government and the Greek people for not having voted as the Germans would have wanted.  We must not respond to threats like those voiced by the German Finance Minister during the European summit on Saturday: “Greece must leave or it will be us.” So get out then! Today we propose two solutions to the German Chancellor: 1) Wolfgang Schäuble must resign, so we can begin reasonable negotiations such as those started by the former Greek Finance Minister, Yiannis Varoufakis. 2) Germany should exit the Eurozone. By removing the fear of Germany,

we will show Angela Merkel that Europe truly is united!